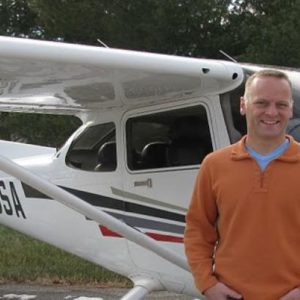 A private pilot since 2003, Craig McCullough received his instrument rating in 2005 and has since flown his Cessna 172 up and down the eastern seaboard to airstrips in Philadelphia, Williamsburg, Charleston, Savannah, Key West and many points in-between. Craig works for Hewlett-Packard managing sales teams that support civilian and intelligence agencies within the federal government. Weekends, Craig can often be found flying with his wife and two daughters to small seaside airports like Cape May, New Jersey, or beautiful little spots in the country like Fallston, Maryland or the Corry-Lawrence airstrip near Lake Erie. The threatened disappearance of a few small airstrips and the closure of one of Craig’s favorite local airports, Baltimore Airpark, brought him to the RAF.