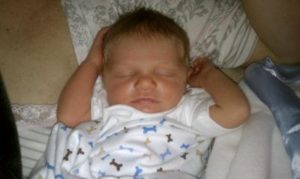 Cooper’s parents, Shauna and Edward Kronfuss both call Bozeman home. Edward owns Pro-Phase Electric and splits his time between Montana and Minneapolis. Shauna is in the last months of her OB/Gyn residency at the University of Minnesota. After a one year surgery fellowship (2011-2012) in southern California, we plan to raise Cooper in Montana. Edward purchased a 1961 Comanche 250 in 2009 and flies that as well as Jim Crump’s (father-in-law) 1946 Piper Super Cruiser. The RAF is anxious for Cooper to attend his first fly-in!