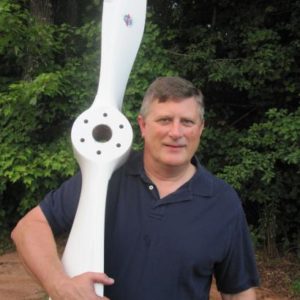 After graduating with an engineering degree from Western Michigan University and spending four years living with roommates who were in the aviation program, Bill began flight training shortly thereafter. In the ensuing 30-plus years he has flown over 90 different makes and models of aircraft. “I have some very generous friends, for which I am very thankful,” he says, noting that he has been fortunate to fly everything from antiques and warbirds to many unique homebuilts. He currently flies his Van’s RV‐9, which he completed in 2007 with the help of his wife Nora.

Bill’s career in the software consulting business has taken him to the East and West Coasts, and he has enjoyed his association with aviation in many different locales. Something of an aviation renaissance man, he is a writer and contributing editor to Kitplanes magazine, a test pilot, a technical advisor to the EAA, and the co-developer of an aviation ignition monitoring instrument.

Bill, Nora, and son Turner now reside at Williamsport Airpark (SC86) in Pickens County, South Carolina. He enjoys hiking and camping in the wilderness with his family. “The RAF really merges two of my loves: flying and exploring the back country,” Bill says. He looks forward to expanding aviation and the RAF in South Carolina, making flying more accessible to people and more fun.